Room with a view? We're watching you

Islanders who own shore-front property are being warned the States will be watching to make sure they haven't encroached on public land.

It's part of a new policy which has just been published by Jersey Property Holdings, which attempts to define the 'Foreshore' as being everything between the, “high water mark of full spring tide,” and the “lowest mark of tide."

That area used to be owned by the Queen but was gifted to the Public of the island in 2015. Recently Express has highlighted the cases of a group of home-owners who have been faced with paying the States tens of thousands of pounds, when they discovered that their property was judged to have "encroached" on the sea wall - and therefore if they wanted to sell it, they had to pay up.

The first to go public was Alan Luce (60), who lived at Roche de la Mer along the St. Clement's coast who was forced to pay nearly £30,000 – and the States’ legal costs – after months battling over a “vague” land law. 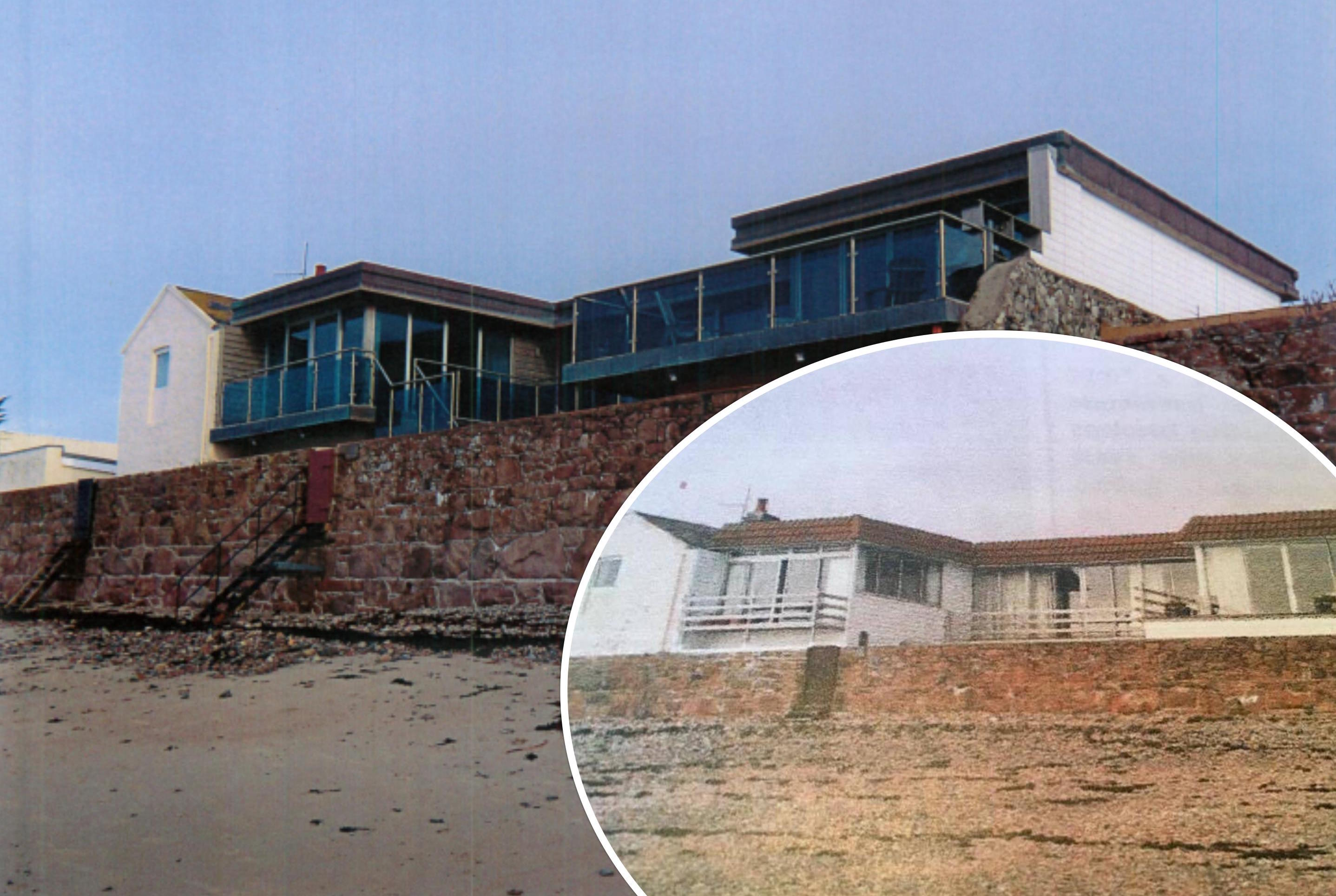 Pictured: then and now - the encroachments were already there before Mr Luce moved to Roche de la Mer in 2005 (inset).

After 10 years of living along the seaside strip, Mr Luce was “shocked” to receive a letter from the States just as he was on the verge of selling his property, which claimed that it had encroached on land belonging to the Public.

In it, they said that he would not only have to pay compensation for the encroachments, but would have to agree to pay the price of a valuation and all fees of the public “regardless of outcome.”

But Mr Luce wasn’t responsible for the offending breaches – a balcony and extensions abutting the sea wall. They had, in fact, been placed there by the previous owner, who had done so with full Planning approval before the land fell into States ownership at all."

His case was taken up by various politicians including Grouville Deputy Carolyn Labey, who has been asking the Infrastructure Department's Minister (which includes Jersey Property Holdings) Deputy Eddie Noel for a formal policy on the controversial issue.

That's now just been published, and it warns that a "proactive" approach will be taken with owners whose property borders the Foreshore, to include:

a. identifying existing and new encroachments

b. identifying possible future encroachments via new planning applications, and

c. monitoring such other means as may bring an alleged encroachment to the JPH ’s attention.

But if those criteria are not met, then the landowner could still be faced with a big bill, as the States may still order the problem to be removed, or agree a fee - and that's irrespective of how long ago the encroachment happened, whether or not it had planning permission, or if the current owner was the one who put it there:

"Where an encroachment has existed for at least ten years, whether or not planning permission has been obtained, and whosever caused by (that is to say either the current or a former owner), JPH may propose a settlement option , ie, policy 6 - rather than removal. In assessing a fair and proper price for the land in such ‘historic encroachment’ situations, JPH may also have regard to any circumstances which appear relevant to it concerning the particular encroachment in question , including the period of existence of the encroachment." 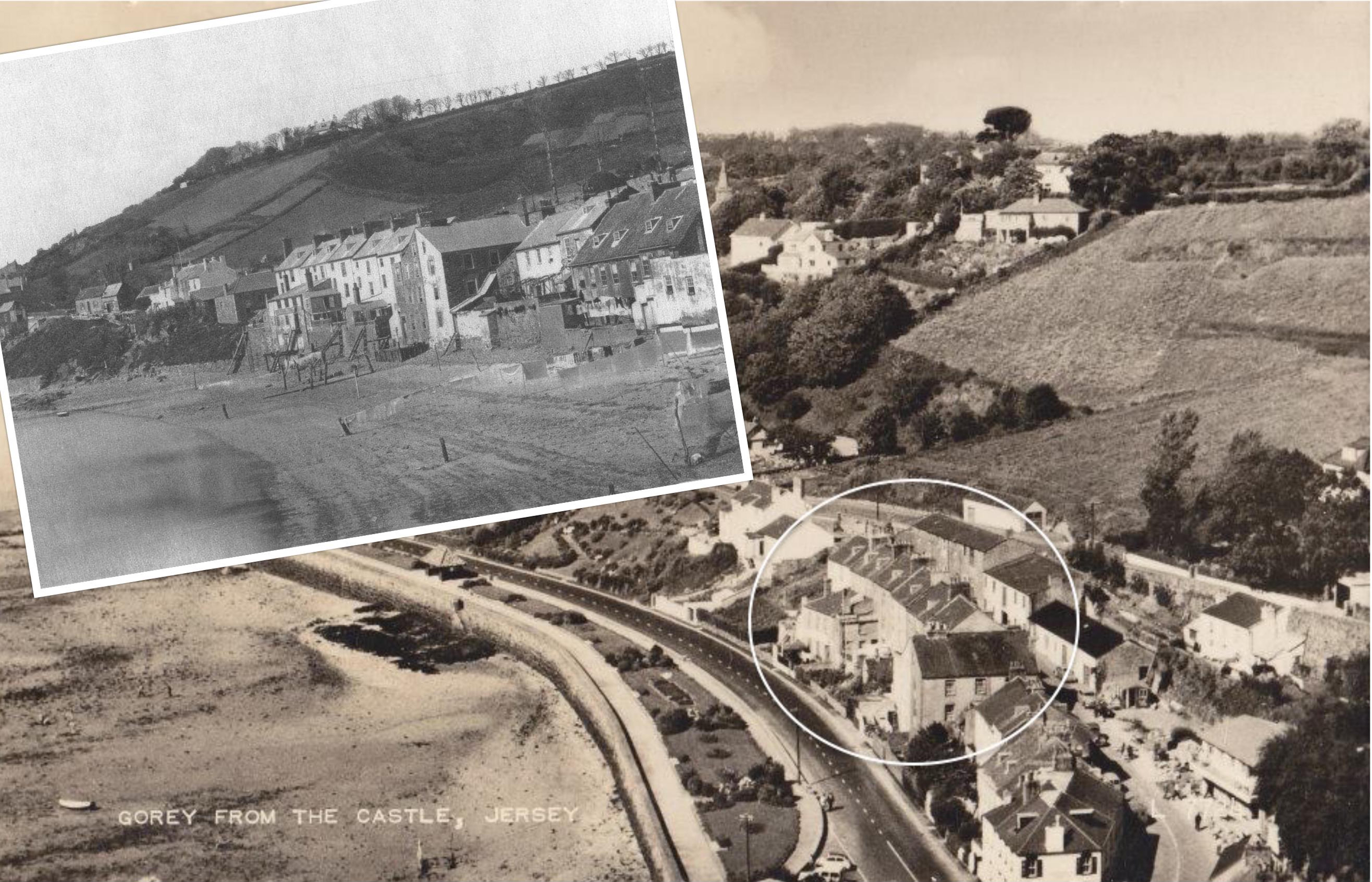 Pictured: the foreshore extends around much of the island, with areas such as Gorey (above) and St. Helier affected, as well as properties in St. Brelade, and St. Clement.

Alan Luce has described the new policy as a "complete fudge" and "unworkable":

"There's no clear criteria in identifying encroachments. There is no clear map, no indelible boundary therefore the JPH cannot peruse a claim legally. With no criteria (this policy does not indicate what constitutes a breach) how can any compensation or legal action be taken?

"The decision is totally with JPH and ratified with the Minister, no appeals or mitigation.

"Does 'Monitoring...other means' mean private individuals with a grievance disclosing neighbours? This is unbelievably full of holes and so vague it’s unworkable. Principally its a complete fudge."

However, Deputy Noel argued that:

"We look at each encroachment on a case by case basis and via the law officers department who look at evidenced from a variety of sources. Property owners are free to negotiate a settlement for any encroachment based on mitigating factors and ultimately they are free to challenge JPH position if they so wish. Our policy and procedures are very clear and now published following the Ministerial Decision which was signed on Monday (11 December) formalising practice that has been in place for a significant period."

"I suspect that the Mr Luce may have been incorrectly informed if he understands that a map or maps exist which show the line or boundary line between the foreshore and the private land.

"In dealing with foreshore encroachments since the early 1990s and even earlier, Jersey Property Holdings and the Law Officers' Department have retrieved and studied a number of drawings relating to various parts of the foreshore - generally drawings from when seawalls were built. These drawings have often proved to be very useful in determining that the foreshore extended behind a seawall - which in most cases is the obvious reason as to why the seawall was built.

"In our experience, it is very rare that a party which is suspected of encroaching can produce information to contest our belief that the foreshore has been encroached upon."